Enlivening SMEs with Advanced Technology.
The Joy of Continuing a Challenge.

I work as an evangelist to spread IoT for SMEs. I support system development as well as in-house production by disclosing the design information, including the source codes. In addition to holding IoT study meetings, I hold seminars as a local government registered expert in IoT introduction facilitation project services and as an IT expert in the SME digital support corps services. I strive every day as a companion to create innovation such as introduction supports and educational approaches in many areas.

My Background up until IoT Promotion

Engagement in Software Development.
Promotion of Linux-based Systems that are Vital for IoT.

In my experiences in technical and administrative departments (cost accounting, internal control, personnel, and general affairs), software engineering is the longest. The main products I produced were medical devices, electric power distribution systems, and security and disaster prevention systems. I have designed software in a place tagged as “mission-critical” that required regular operation 24 hours a day, 365 days a year. There, an open-source operating system called Linux was used for system development. In IoT, a business card-sized computer called Raspberry Pi was used as a reference, but the basis for this was the Linux OS.

The promotion of a Linux-based system that is closely related to IoT has not changed since my days as a software engineer. Initially, we were developing from scratch, but of course, there is a high risk of bugs and poor productivity. By developing software on a platform called Linux, we can now create efficient and high-quality network products. Even when producing a dedicated device, there are many other advantages, such as setting up an emulation environment to proceed with the development on a Linux personal computer before the hardware is ready.

By connecting Linux to our hardware and creating a Linux device driver, we made all the products we are in charge of into a Linux platform. With that flow, you will get to learn Raspberry Pi and a programming language called Python.

My Meeting with Raspberry Pi

The Intelligence of Linux was Placed on the Palm of My Hand.
I was Fascinated by the Emergence of Tools that Could Make the Most of Me.

Single-board computers such as the Raspberry Pi came out around the end of my days as a software engineer. I was very interested in the emergence of a cheap and high-quality tool that utilizes the knowledge and experience of Linux that I had cultivated so far.

The Raspberry Pi was created in the United Kingdom in 2012 as an educational computer. Computer education is one way for children in conflict areas to escape poverty. If the children receive compensation for labor, they can reduce the situation where they are driven to the battlefield as child soldiers because of poverty. Since computers made as part of social activities are distributed to children, they need to be produced cheaply. In the resulting $ 25 circuit board was packed the intelligence of Linux at the time. As long as you had the hardware, you will be able to learn the latest technology. A few years after its launch, the developer of Raspberry Pi, the Raspberry Pi Foundation in the United Kingdom, was amazed at the sales exceeding expectations. After investigation, it was found that more than half were purchased by the manufacturer. Even in the field of manufacturing, it was found that productivity can be improved by utilizing devices with the latest OS. Manufacturing companies around the world were very interested in the Raspberry Pi. I was one of them.

My Reason for Starting IoT

Analog to Digital Transformation Emerging from the Question “Why?”.
IoT was the Way.

I moved from the technical department that develops software to the management department. With that as an opportunity, I wanted to optimize the operations and increase the productivity of the management department. That led to the use of IoT technology in the attendance system created there. At that time, attendance was managed by stamping a paper time card and posting it to Excel. It all started with the question, “Why are time cards so analog, even though the company works on digitalization?”

By holding FeliCa over the NFC reader when clocking in and out of work, communication can be made, accessing the database, automatically sending an email to the employee and the bosses, and displaying the time in the attendance table on the spreadsheet. With this flow, I thought about digitizing the paper time card.
Overtime and paid leave could also be managed with this attendance sheet, which is also useful to the labor management responsible for work status.

Raspberry Pi was used for the IoT device, while Cloud SQL was used for the database. The spreadsheet is a high-performance front-end for displaying databases on the cloud. You can issue an SQL SELECT statement that extracts data with Google Apps Script to Cloud SQL and incorporate the required information into your attendance sheet.

IoT senses events and stores them in a database on the cloud, making it possible to make inquiries. In the case of the system of the IoT device I developed at that time, the identification number of the FeliCa card and the employee number are linked and stored in the database on the cloud together with the time stamp. The official operation started in November of 2014. Although minor improvements were made, it was used without any major problems.

In addition, while working on business improvement such as G suit introduction, I began to give lectures on IoT on Google’s user group. The era had began to shift to the world of cloud, IoT, and AI.

Why I Decided to Join eftax

Innovation for SMEs.
The Road I Could See Because I Continued Challenging Myself.

Around the time when I had retired at the age of 60 and had just started working as a part-time worker, I thought that knowledge of data analysis would also be necessary in the age of cloud and IoT, so I took the “Data Analysis Training Course White / Brown / Black Levels” organized by eftax. That was the edge, and I joined eftax in January 2019, two years, ten months ago.

Nakai, the representative of eftax, is a person who has a desire to “do something for SMEs.” There was something in common with my thinking that “SMEs should accept innovation.” We believe that the role of digitally solving the problems faced by SMEs after establishing a management foundation is required.

I was always challenging myself. A hopeless case who didn’t listen to what his boss had to say and did whatever he wanted to do. However, I thought by myself and overcame numerous obstacles, and advanced forward. When you turn 65, it is an appropriate age to retire. However, because I continued to challenge myself when I was active, I was in a state where I could think, “If I want to do it, I can do it.”

I want to work in a way that runs alongside small and medium-sized businesses. I want to make the best use of my strengths, enliven SMEs, and study together. eftax is a place where such desires came true, so I decided to join them.

The Current Task I am Working On

Improvement of Productivity, Quality, and Motivation.
Bringing the Benefits of IoT to Manufacturing Companies.

I have been involved from the middle of its first year of operation in the manufacturing community named “Miserubayao” in Yao City, Osaka, whose establishment coincides with my joining eftax. We are involved with the local community through interactions with member companies and study sessions.

New projects may be launched through community connections. Even now, several projects are still in progress. One of them is the development of an IoT system to improve the production process of a metal manufacturing company.

The company deals with various parts that play an active role as an background powerhouse, such as the metal frame under the seats of a high-speed rail. What I worked on was an attempt to digitize the work procedure that was being recorded by hand based on the production instruction manual for metal parts.

Raspberry Pi reads the QR code attached to the production instruction manual and displays the necessary information on the touch panel. It also reads signals from isolated I/O boards that interface equipment such as press machines and welding machines and counts the number of processes. This saves the trouble of counting and processing omissions. The value displayed on the counter is saved in the cloud. There is no need to write the count value on the instruction manual nor data is to be entered in the inspection chart. By making the process paperless, workers are freed from recording and can concentrate on processing work.

“Visualization” of processing stages enables not only improvement of production output and work efficiency, and quality control, but also accurate job costing. It is a tool for predicting profit margins in real-time, from raw material input to work-in-progress inventory accumulation to completion. In addition, by sharing quantified working hours and quality information within the factory, it will lead to improved work styles and motivation. By digitizing and automating, we were able to improve productivity and quality, as well as the rewards of workers, while valuing the instincts of skilled technicians.

Many other business firms are experiencing the effects and potentials of IoT technology, such as detecting defects using image processing systems.

What You Can Gain Because It Is eftax

A Community That Can Stimulate Each Other.
A Cutting-Edge Environment Where You Can Continue to Learn and Challenge Yourself.

The first thing that comes to mind when asked what makes eftax appealing is the connection. In eftax, there are a wide variety of human resources, including foreigners and internship students. The seniority system that requires one to continue working in a particular company until retirement age has collapsed, and we are now in an era where we can play an active role regardless of age. I am also looking forward to working with young and talented people.

eftax has the foundation for learning and to put into practice. An environment where you can listen to the views of people who are knowledgeable in data analysis is very valuable. I think interns will be pleased with a system that pays for the cost of technical books and a system where compensations and practical contents are based on their level of proficiency. The students will acquire the ability to become an immediate asset in society. By actually participating in the internship, I think you will experience the importance of being involved in society.

If any of the readers of this article is a senior, I would like to encourage them to participate in society again. It is a waste and a huge social loss that your useful abilities are not utilized. As someone who continued to challenge oneself, I am fortunate to be able to put myself in a cutting-edge environment that will be stimulating even for professionals.

I studied Electronic Engineering in the university over 40 years ago and have been involved in digitization since the dawn of microcomputers. I would like to work together with alumnus engineers who remember being impressed by the release of the Sony Walkman at that time. I hope to see you at eftax. 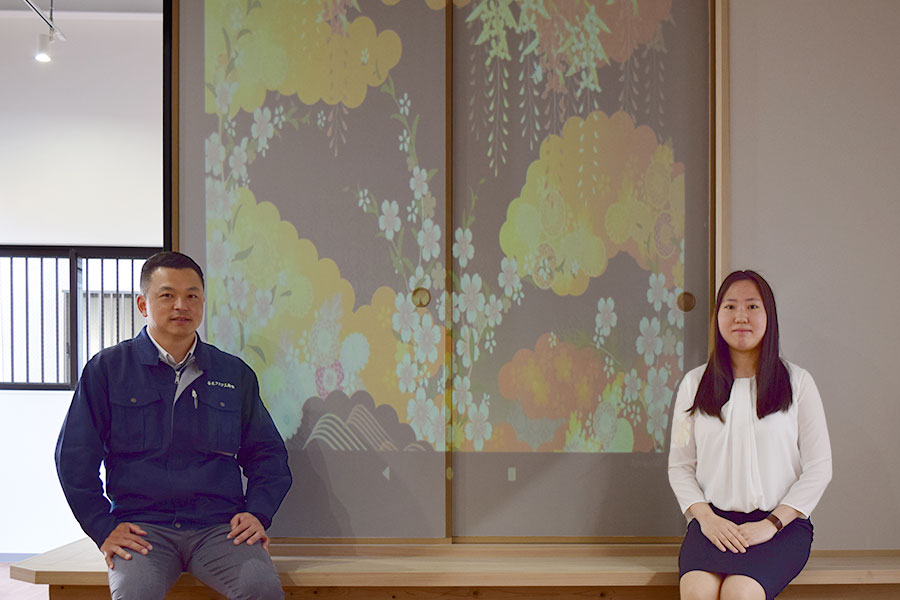 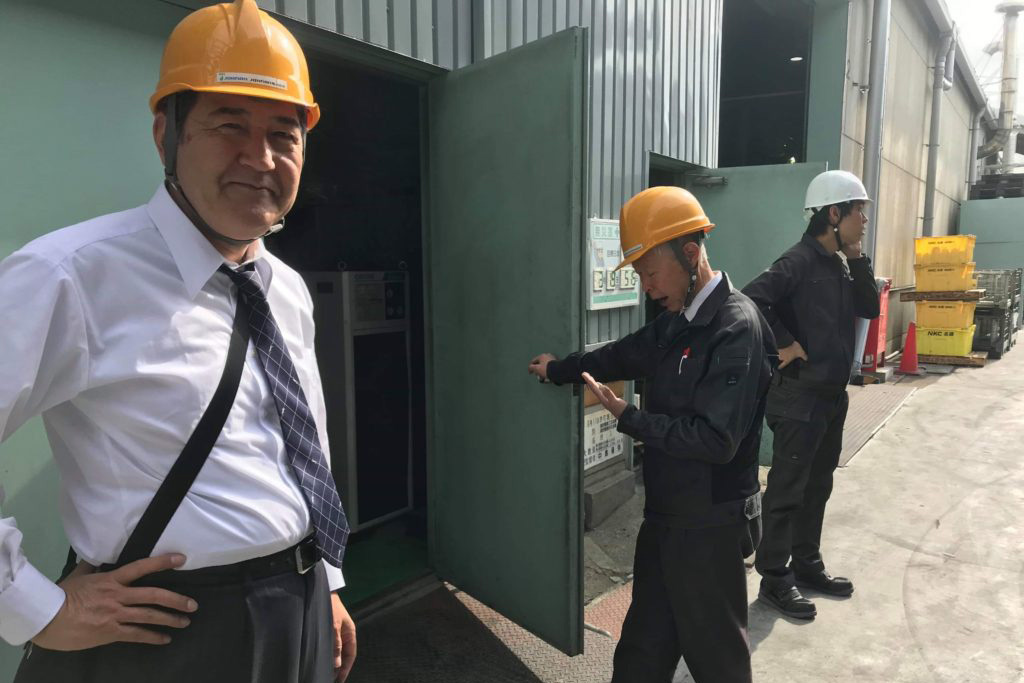