Development of a new product in which the pattern is projected based on the movement of the Fusuma sliding doors.

Our Areas of Responsibility

The Voice of the Person in Charge of Tanimoto Fusuma Kosyoku Co., Ltd.

Tanimoto Fusuma Kosyoku Co., Ltd. is working to improve the value of rooms through partitions such as value-added Fusuma. Our new product, in which the company president, Tanimoto, was the idea man, had a shock that overturned the preconceived notions. We would like to ask President Tanimoto, who is currently in the research and development, about the process of IoT introduction, starting from the background to the idea taking form into products.

We Needed to Change.
For the New Way of Fusuma that We Kept Seeking.

Originally, the business form of Fusuma shop was to sell Fusuma paper with traditional motifs such as mountains, rivers, and trees, together with the handles and the rims. However, the number of Japanese-style rooms has decreased over time. While searching for Fusuma that suits the current interior trends, we have also been working on areas that were previously undeveloped in this industry, such as launching a brand “Hanahikite,” which allows you to enjoy the coordination of the handle and Fusuma paper, as well as modern design proposals that utilize inkjet printing technology.

As the living room continues to become more western-styled, I am always thinking about a new way of Fusuma.

The Fusuma pattern is what we value very much. The area occupied by Fusuma in the house is quite large, and thus, the design has a huge impact on life.

Lack of Resources within the Company.
Ideas for New Products and Emerging Challenges.

The next initiative I had in mind was creating Fusuma sliding doors that change patterns as needed. I was using a projector at home, and I knew that their quality was improving while the cost was decreasing, so there was a prospect that the idea was possible.

However, simply projecting a pattern with a projector cannot be called a “Fusuma pattern”. Fusuma has a pull movement for opening and closing, and I wanted the pattern projected to move along with this movement as if the patterns were drawn there. Since I was initially in IT, I came up with the idea that IoT technology could make this possible. However, we didn’t have the resources.

Ideas and the Technologies to Shape Them.
What Tied Them Together was Reliability.

Then, the person in charge of eftax, who I got acquainted with at the manufacturing community “Miserubayao” in Yao City, and whom I had heard was good at IoT-related field, came to my mind. Through events among companies and workshops for children, I got to know him well, including his personality, and thus, he had a sense of trust.

Innovation Born Because It’s from a Different Industry.

In aiming for commercialization, changes in the approaches have been made. This includes changing the method of measuring the movement of Fusuma from image processing to the sensor method and adopting an Android application software instead of a high-speed computer, which ought to be the first choice for projection mapping. The current method is actually the second or third plan. I am currently standing in the field of research and development, where I form what I originally envisioned one by one by repeated trial and error.

However, I am yet to feel any difficulty or hardship. I like to think about various things, so I just state my ideas and knowledge as a Fusuma seller, and I leave the technical side such as IoT with confidence to eftax.

I think about the structure of Fusuma and how it fits in the room space from the perspective of a Fusuma seller, while eftax makes considerations from the viewpoint of IoT and projection mapping technology. Unless each knowledge is combined and verified, the idea will not take its actual shape. Thus lies the significance of collaborations.

For example, in response to a proposal from eftax regarding a mechanism to perceive the movement of Fusuma with a sensor, I would tell them of some things I may have noticed since I am more knowledgeable with the Fusuma structures. That has also led to an improvement in the sensor mounting position.

In this way, new ideas emerge as we proceed with the development.

IoT and Fusuma. That is, high technology and low technology. Although they seem to be opposites, I think it is something interesting and has potential as a business when combined.

Ideas that Break the Constraints and Spread.

Although it is still in the development stage, I already have the feeling that the range of ideas has expanded. It feels as if one constraint has been eliminated.

Actually, I already have the next idea in my head. In the past, even if I came up with an idea, I gave up, saying, “It’s impossible since we don’t have the necessary resources.” Now, I am grateful that eftax is the reason why I can move forward, saying, “Maybe if we make consultations, it may take shape.”

The Spread of IoT is an Opportunity to Put Ideas into Shape.

IoT technology has become really familiar. Until now, it was something big companies would spend a lot of money to develop, but there are more and more tools and human resources that make it possible to be brought to a product level at a low cost. I think it is important for SMEs to have the perspective of “maybe it will come true with IoT” to things that until now couldn’t be realized even when the idea was there.

Many SMEs don’t know where to make consultations about IoT. This is because you cannot talk to someone unless you trust them.

With a lot of face-to-face events and while also working together, I developed confidence in eftax. Thus, the Fusuma, the projector, and eftax’s face emerged and overlapped, leading to the start of this project.

It may be better to consult with them immediately if you think something up. First of all, ask, and eftax will answer whether it can be done or not.

From One of the Persons in Charge of the Project

“ I started programming because I admired its ability to move machines. At a university event, projection mapping was of particular interest to me. There, I was approached by an eftax employee who came as a graduate school mentor, and that was my trigger for participating in this project.

I had never done an Android application development, so it was the hardest part. After trial and error on how to stabilize Bluetooth communication and changing the device with the advice of eftax employees, the desired result was obtained.

Until now, the extent of programming that I did usually ended within the scope of my interest. That I have gained experience by incorporating the request of President Tanimoto and working with eftax employees to gradually create a complete shape is the biggest thing for me.

I will continue to do my best for it to be announced as a finished product.”

Comment from President Tanimoto
“Until I was asked the questions for this interview, I had never doubted her abilities because she was an intern (laughs). That’s how much I trust Ms. Sasaki.
I think there are many things that internship students lack. However, when it comes to technology, it is no longer a matter of the person not being capable because he is an intern. As long as it is done properly, there is no problem at all.
Also, there is an unknown that comes with contracting with an individual. However, since I made a contract with eftax, a corporation, and in a form where interns are in charge, I thought it would be okay. Also, eftax has a follow-up system from the technical aspects to communication and practical aspects, and this project is proceeding with a sense of security.
Ms. Sasaki is working very hard, and she is entirely in charge of the technical aspects.” 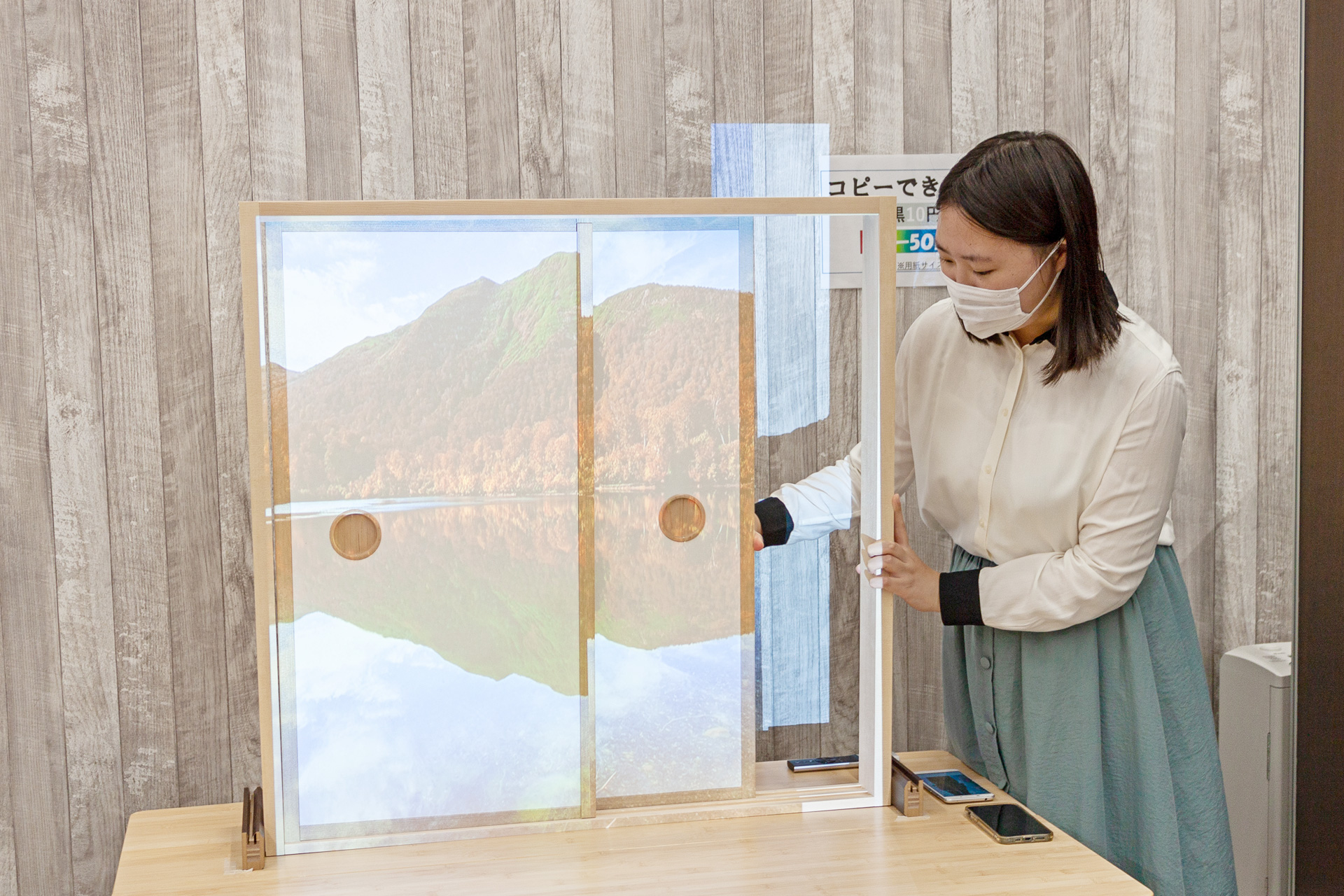 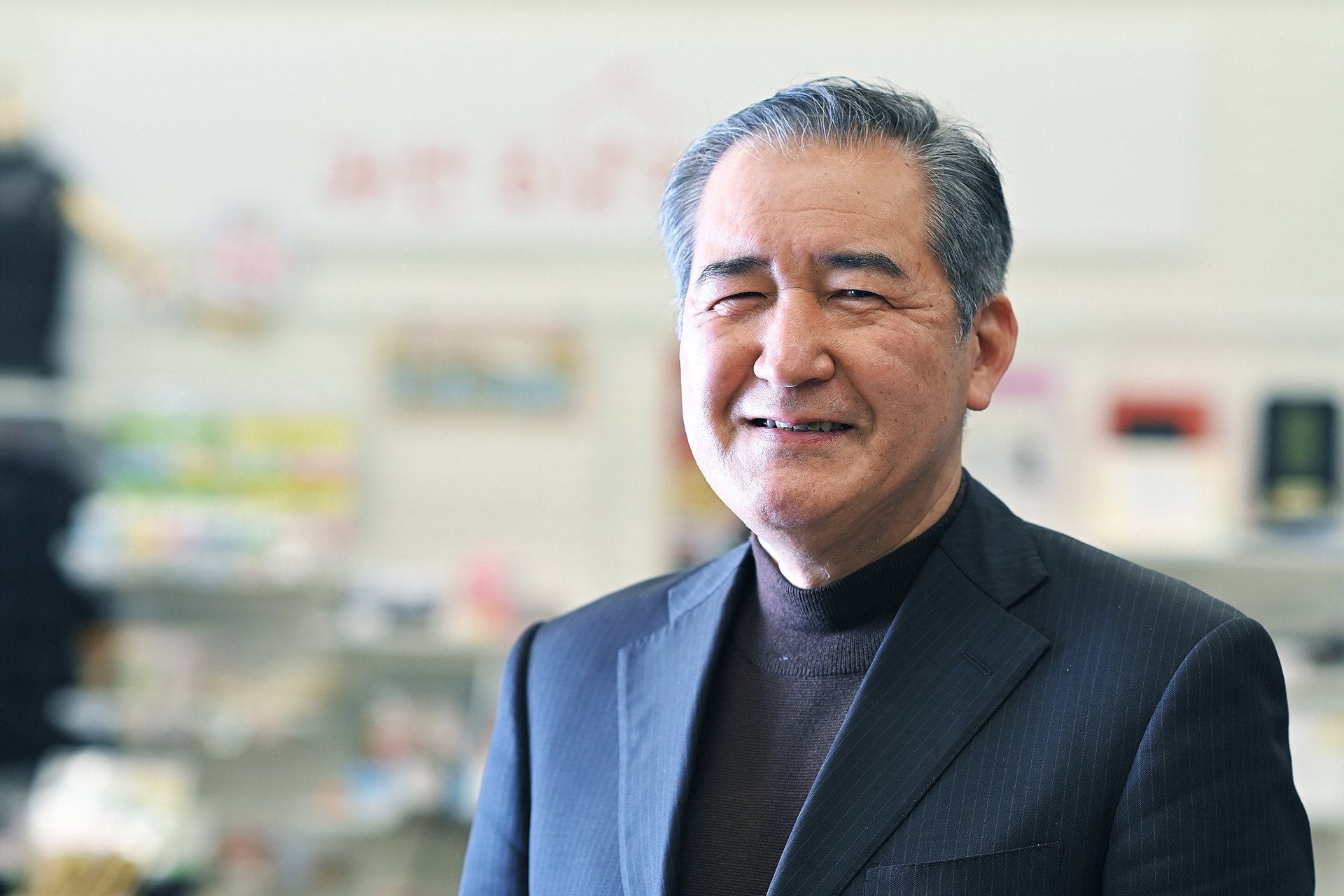